Here we interview Ms. Sue Wells, already an ICRS Fellow in recognition of her exceptional service to the Society, including as Founding Chair of ISRS’s Conservation Committee. She co-founded the first International Year of the Reef in 1997, started the first marine program at WWF-International, was a principal author of IUCN’s influential “Coral Reefs of the World,” and has been dedicated to improved coral reef monitoring and to developing capacity in very pragmatic ways. 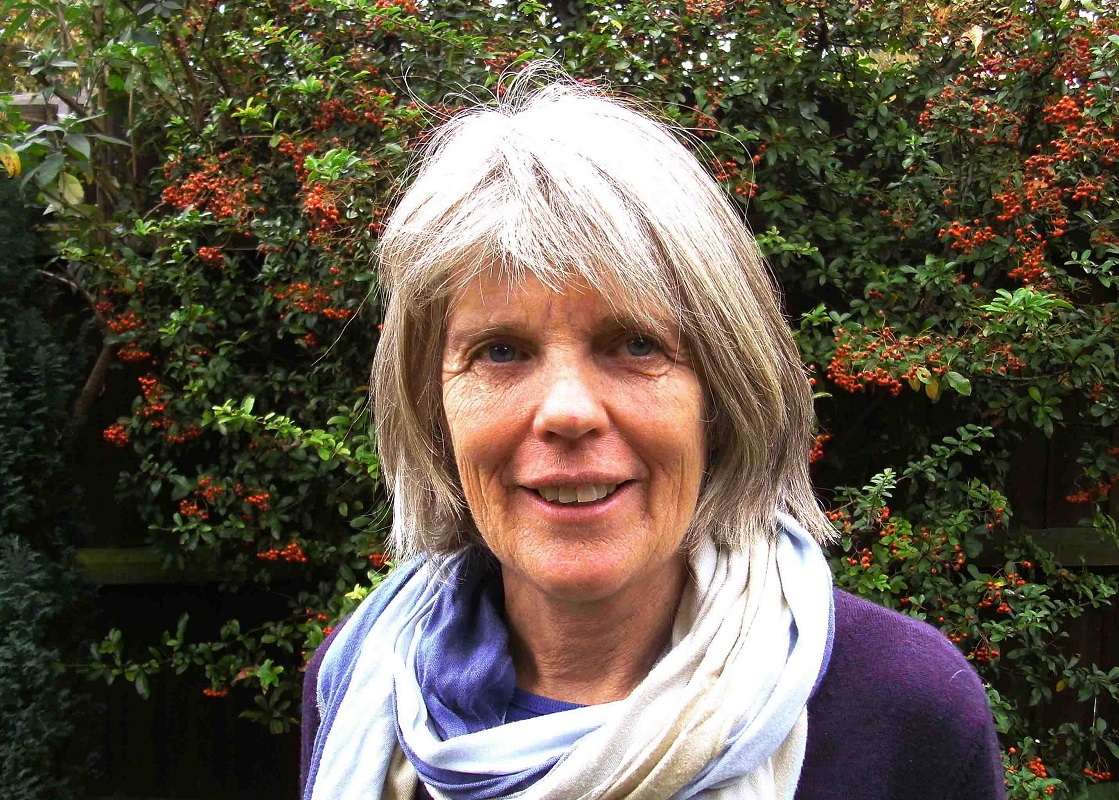 How did you get into coral reefs?

I worked for TRAFFIC, a wildlife trade organization, looking at turtle shell imports and exports at the Trade Statistics in London. I saw all these statistics for ornamental corals and shells and couldn't believe so much was traded. I managed to get to the Philippines, which was the main source of shells and discovered that there was quite a problem with corals and shells. My interest grew from there. When I came back to Cambridge, I wanted to work around coral reefs  and ended up at the IUCN Conservation Monitoring Center.

What was your first job working in coral reefs?

My first proper coral reef activity was to put together something called the Directory of Coral Reefs of the World for what is now UNEP-WCMC.  It was mad because it was pre-computers. It was mad to even think we could do it, but we did it. For every country in the world that had coral reefs, we wrote in a standardized format where the reefs were, what they consisted of, how they were threatened, whether they were protected, etc. We did every single coral reef country in the world, but it was done manually and ended up being three volumes, taking about five years to complete back in the 1980s. And then it was quite funny, because we got to the last reef in the Ocean and I said, “Oh, we're going to need a map for each country's section. It makes no sense to have a directory without a map because conservationists reading this aren’t going to know where the protected areas are or where corals are threatened.” So we made maps for every single country with coral reefs by hand. It was the first time that anybody had ever put together maps of the whole world’s reefs. But by the time we'd finished that, of course, it was already out of date. 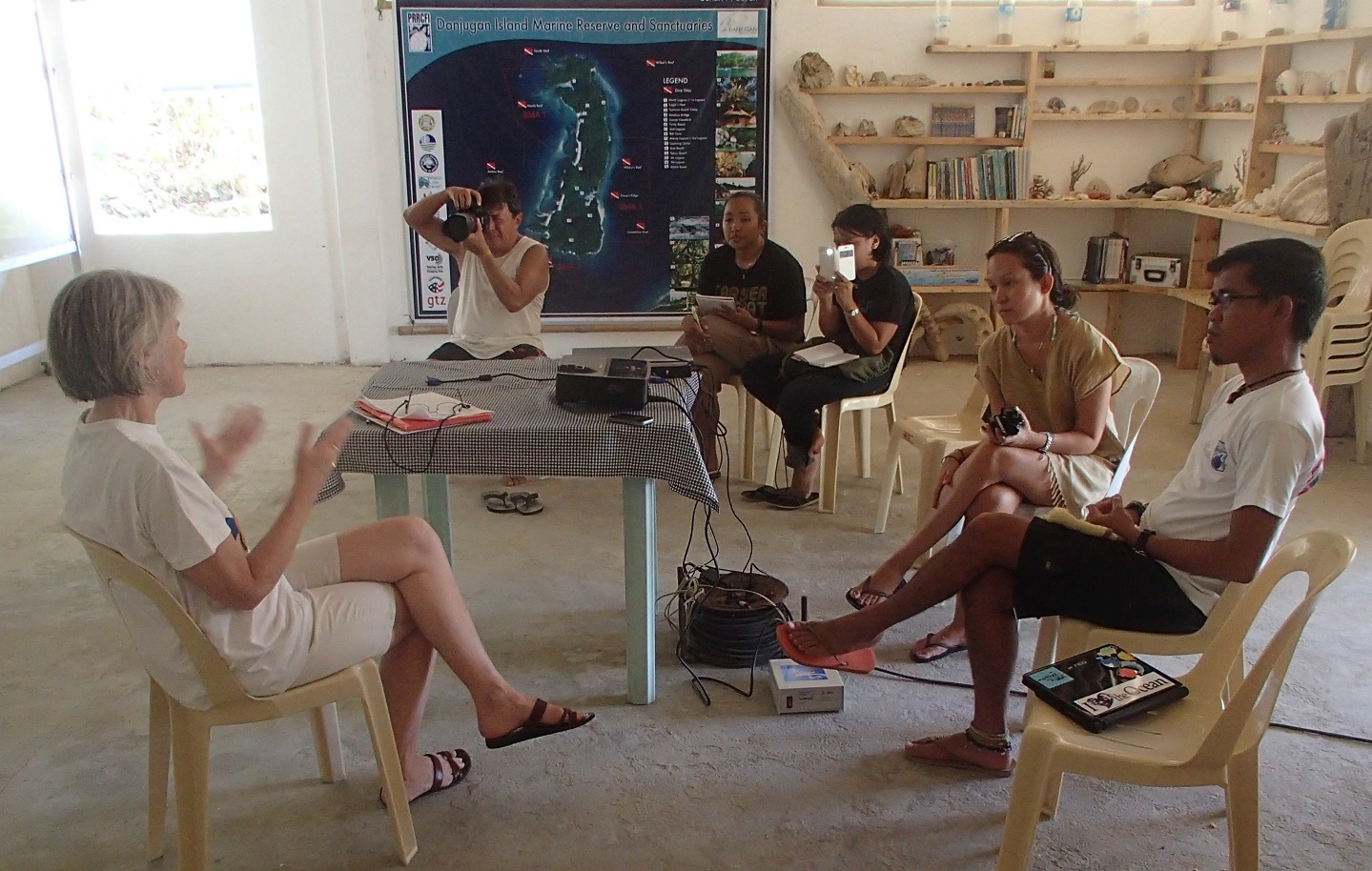 What was the process to propose an MPA when you started your career? How has that process changed?

I worked in Belize for two years in the mid-90s when MPAs were relatively new, and they had a few sites. MPA criteria were being determined on an ad hoc basis. A scientist or a diver would say, “I found this lovely coral reef, we must protect it.”

I remember, both in Tanzania and in the Philippines, going out with a fisherman and going around the edges and saying, “Well this looks quite good. Why don’t we put the boundary here and let's line it up with some landmarks on the land.” But sometimes you would realize later that you didn’t have the coral reef within the boundaries, and you would have to go about fixing it.

I've always loved maps, but it had nothing to do with coral reefs. My father taught me to read a map from day one. The power of a map is huge - I'm sure you'll only find more and more ways with the Allen Coral Atlas. And then maybe somebody or something even more wonderful will come.

Any map evolves - that's why they’re so interesting. We've gone from Darwin's charts, where he wasn't even under the water, to the coral reef directories that we did at WCMC, and it's constantly evolving. The Allen Coral Atlas is a new generation.

What makes you most excited about the potential of tech for the future of people getting into the field?

There's so many things you can do with the technology now - everything from the humanitarian community-based ideas right up to the top scientific work. I think you're still going to need really rigorous science - people who are not going to just accept what the tech results say and take it. 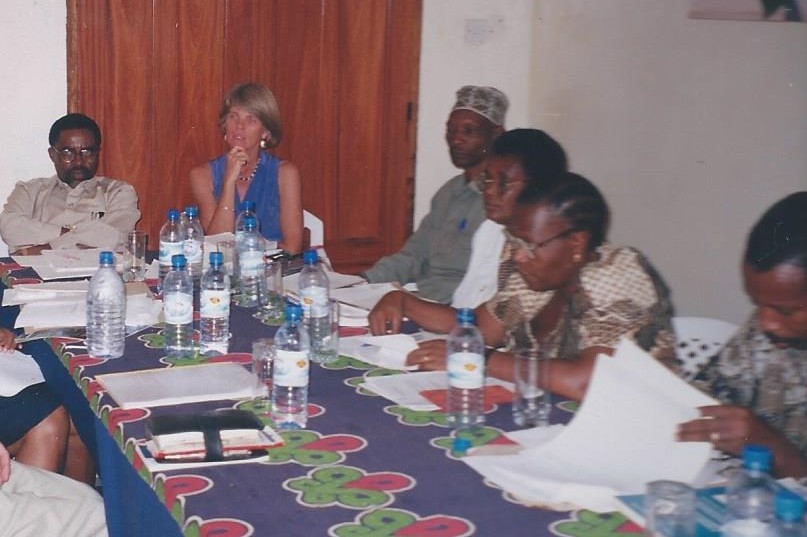 Sue at a workshop in Southern Tanzania, describing to government officials the value of protecting reefs.

What do you see as those other components that are needed, beyond technology, to save coral reefs? How do those components intertwine with or rely on technology like the Atlas?

It is critically important to get governments, organisations, and communities to adopt the right policies and strategies for managing and protecting reefs. Many years ago, I was at a workshop in the south of Tanzania at the very early stages of development of the Mnazi Bay Marine Park. We had to explain to local government officers why it would be a good idea to protect the reefs.  They were asking “how can it be done?” Maps were critical to making the case for what was needed.
In Mauritius, I helped to prepare a UNDP project proposal for the Climate Change Adaptation Fund for reef restoration work – maps and related technology were vital in looking at reef areas that might be suitable for restoration. In this case, we went to look at a community restoration project which had been unsuccessful in that it had been put on a reef area that was subject to too much sedimentation and tourist activity.
Capacity building and training are also critical. Technology is becoming key to good enforcement with development of systems like SMART – and this also requires good base maps. Finally, awareness raising and education – getting the public, governments, and decision-makers interested. I did a children’s book on reefs many years ago and we had a map on the first page of it. 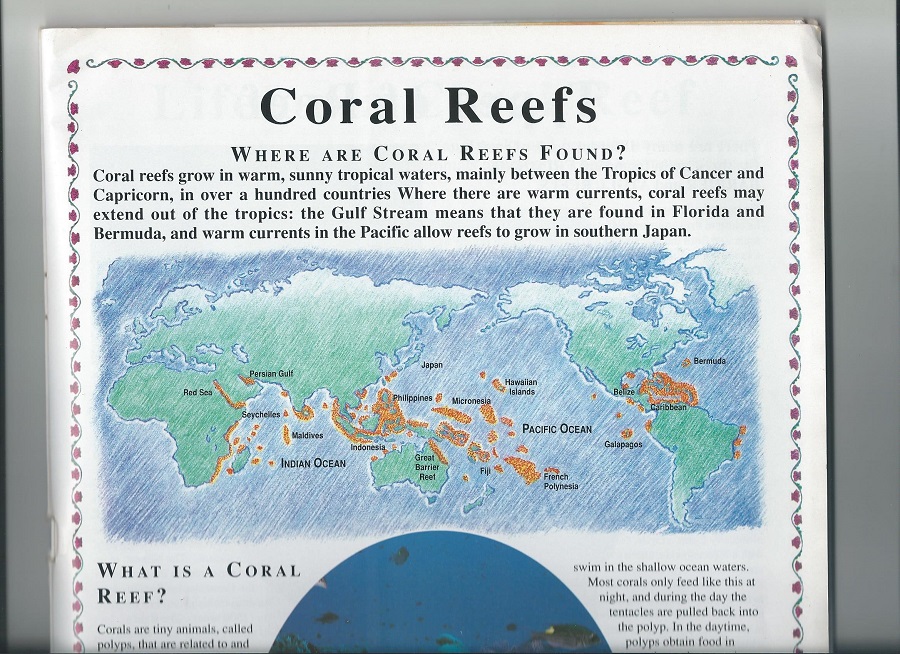