A community united to protect the world’s coral reefs

In 2017, the Allen Coral Atlas founding organizations set out to create global habitat maps and connect a community of coral conservationists, researchers, and educators around the world. This became the Allen Coral Atlas. Last month, the Atlas completed mapping the world’s coral reefs. How did the team do it? This global map had several key ingredients including advanced analytics, high-resolution satellite imagery, and the glue that brings it together – teamwork.

The Atlas is widely shared as a global collaboration. But it is more than a partnership, it is a community; from the 5 founding organizations to the more than 450 teams who shared their reef data or worked with the mapping team to lead expeditions. The milestones we have reached are a result of this teamwork. And the impact of the Atlas will be felt because of the coral reef efforts being led globally. For the Maldives Marine Research Institute, working alongside the Allen Coral Atlas meant exploring new reefs and capturing data through expeditions in their region. 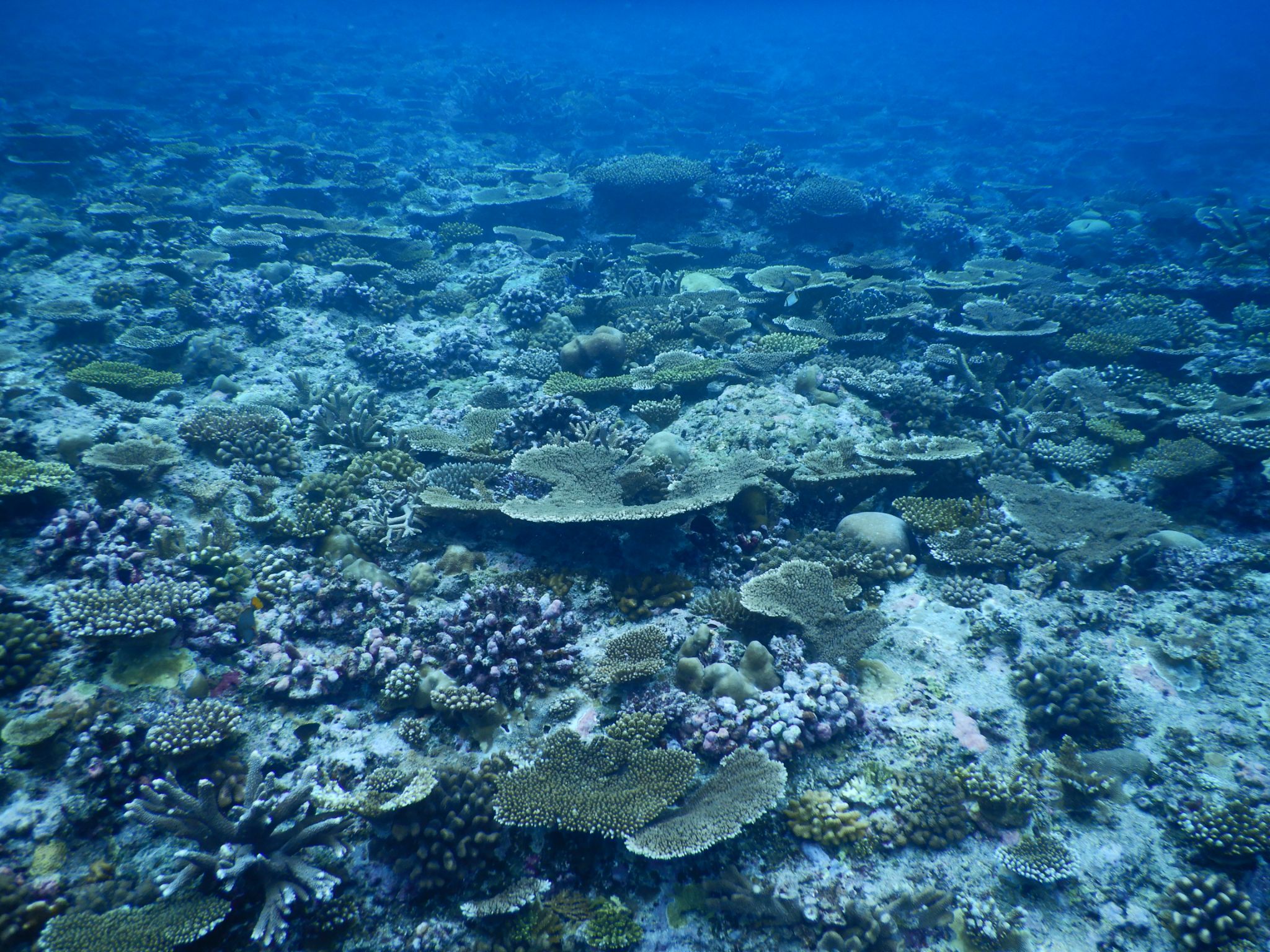 Having started in the 90s as a small team within the Maldives Fishing Ministry, the original team conducted research on the marine environment and resources. Over time, the team grew and transformed into the Maldives Marine Research Institute.

Described as a “happy accident”, the Allen Coral Atlas mapping team was originally planning ground-truthing expeditions with Small Island Research Group. During the planning process, the mapping team got in touch with the Maldives Marine Research Institute. And from there, the three groups combined forces and led expeditions in September of 2019 to collect field data. Hana Amir, marine biologist at the Institute, reflected on the underwater adventures, “The expedition was really different from traditional expeditions. We went to reefs that were usually not targeted. Often, you visit the same places over and over. When we went with the Atlas mapping team, we hit unexpected reefs. New places that had been previously undiscovered.” 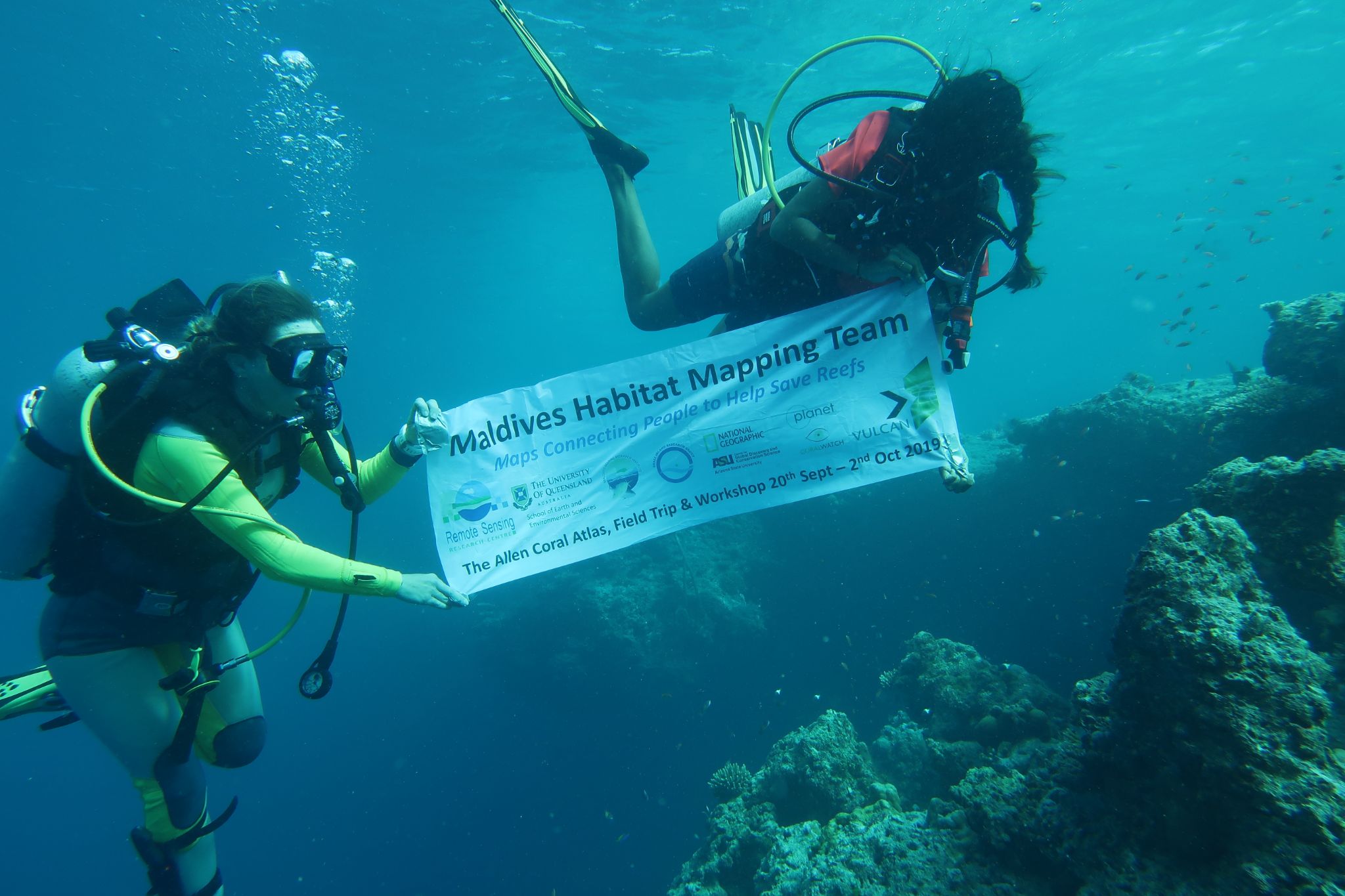 While exploring the new reefs, the divers came across huge colonies of garniapora varieties, several lengths of a person-wide. Swimming past vast fields previously unreported and filled with live reefs. Yet the effects of climate change and reef degradation also accompanied the expeditions, with the team uncovering remnants of reefs that had gone unreported.

After the expeditions concluded, the field data informed the mapping team by offering datasets that would be used to calibrate the algorithms and accurately classify different reef classes. Later, the datasets would also be used to validate the created habitat maps - checking that the maps accurately depict the region's reef ecosystems.

Among other efforts to support the region's reefs, the Maldives Marine Research Institute’s coral research includes a monitoring program, settlement and recruitment studies, and restoration and rehabilitation. The Institute uses the Allen Coral Atlas to inform these efforts - imploring the reef data to identify and establish new long-term monitoring sites and referring to the benthic maps to spread out the recruitment surveys and cover more reef area, an option not previously available. According to Hana Amir, “We are few, but we are doing a great deal of work. Resources like the Atlas help us out a lot.” And for the Allen Coral Atlas, teams such as the Institute are critical to the Atlas success. This sentiment is echoed by Chris Roelfsema, lead scientist at the University of Queensland mapping team, “the Atlas always needed to have the community involved.”

To create the Atlas benthic and geomorphic maps, more than 480 datasets have been contributed to validate and calibrate Atlas habitat maps. These datasets include existing maps, visual census surveys and georeferenced photo quadrats - photo records of coral reef areas that have tagged locations. Georeferenced points are critical to validating Atlas habitat maps. They provide a snapshot in the water with coordinates to align the field data with the satellite image. Using this data, the Atlas is able to compare snapshots with the satellite imagery and characterize the areas that are similar across reefs, allowing for the large-scale mapping of benthic and geomorphic zones found on the Atlas.

From mountain ridge to coral reef, the community and culture are deeply connected with the ecosystem. The same must be true for solutions to take root and make an impact - involvement of the community. At the Allen Coral Atlas, we want to share our deep appreciation for all of the teams that have worked with us to create the Atlas tool kit.